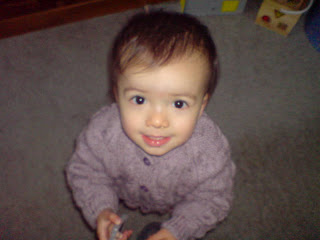 Posted by mattinauckland at 9:32 AM No comments:

A new year, and a new baby 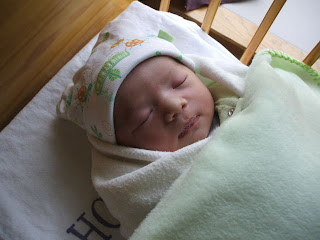 Happy New Year to all ... and welcome to baby Anika.
J & I now have a wonderful baby girl, Anika Emily Wong.
She was born at 9:34am on Friday 28 December 2007, weighing in at 8lb 3oz, 53cm tall.
Last night was her first night at home, and it was a real learning experience for her dad. She was up crying for quite a while, and so mum and dad were up about 3 or 4 times last night. I finally resorted to taking her for a 20 min drive to settle her down at about 4:30am.
But finally she had a good feed at 6:30am and is still fast asleep :-)
Posted by mattinauckland at 8:37 AM No comments: 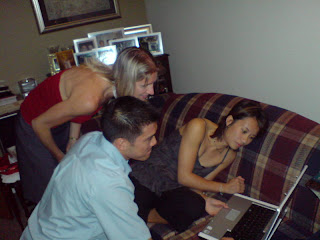 This is the family, looking at this blog, amazed that info can go from phone to blog to the whole wide world in a matter of seconds.
Posted by mattinauckland at 8:39 PM No comments: 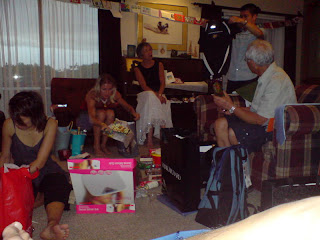 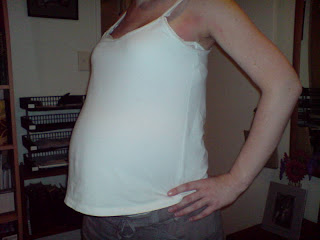 This is j at 40 weeks. Hopefully he will wait til boxing day.
Posted by mattinauckland at 10:06 PM No comments: 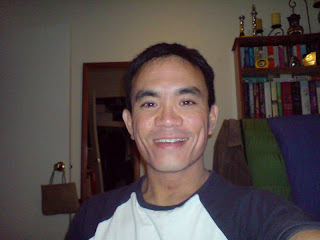 Posted by mattinauckland at 9:06 PM No comments:

It's been over a year since I last blogged.
And yet it doesn't seem like it's been that long - I guess it's a reminder of how time just speeds up. I might try getting back into it.

Anyway, so not much in the way of training going on at the moment. I ran 6km off road about two weeks ago, for about 40 minutes.
I have been mountain biking a bit as well, went for a short ride on Saturday.
Haven't been swimming in months.

It's Christmas Eve today, and I guess time for reflection.
Life over the past year has been great, but I have probably lacked a bit of drive and passion.
I'm pretty sure that will change in the coming year, though ... for two reasons.

One, I have a new job.
But two, and most importantly, J & I are going to have a baby soon!
Posted by mattinauckland at 8:41 PM No comments:

Ages ago, J planned to run the half. She asked me if i wanted to do it - "No thanks!" was my reply. I have basically lost my motivation to run - right now, I'm enjoying my mountainbiking and it's now part of my Saturday routine.
So, J was training for the half, but then she pulled a muscle in her leg. Once that got better, she started training again and got shin-splints. So no more training ...
About a week or two out from Kerikeri, she was always mentioning that her shins were sore, so I basically said it was a bad idea to run. (Undertrained + shin splints = bad experience on race day.)

Now we had already booked accommodation, and we were planning to go up anyway to support the other runners from J's workplace. (It's become a tradition for quite a few people to go up and run and have a fun weekend away.)
So I began to turn over the idea of using J's race number and entering, just to see if I could do it.
I told a few people on Friday and they thought it was crazy (but not impossible!) You see, I haven't been doing any regular running at all for months - in fact, my training has been really slack lately. Mostly mountain-biking once a week, sometimes road-riding on Thursdays, and the weekly gym session.
So, anyway, I packed my running gear and we drove up to Kerikeri on Friday afternoon.
I woke up and felt good on Saturday morning - another guy from our group had to pull out and I ended up using his race number (since I was more likely to get a result being a guy - rather than pretending to be my wife!) So, for the record my name in Kerikeri was "Scott Hodge".

So, put on the running gear, and headed out to the start line - got there about 7:30am. It was COLD ... spitting down, and a cool breeze. Oh yeah, and i taped my secret weapon to my arm - a couple of EAS Energy Gel pouches.

Lined up at the start - probably about half way down the field. Gun went at 8am, and it took me a minute to reach the start line.
I planned to run 6 minute k's for the first half of the race, and then take it from there depending on how my legs felt.
So, started off taking "little steps" - well, that's what it felt like, a really short stride, trying to go for "minimal leg damage". Quite a few people passed me, but that's what I expected. I hit every km marker basically right on 6 minutes for the first 10km. I wasn't feeling tired but my legs were definitely feeling tight at that stage.
I'd taken half a gel at 30 minutes, and another half at 60 min.

The course was going downhill now, so I opened it up a little just to test the legs. It felt ok, but I couldn't keep it up for 11kms, so I stayed at the 6 min/km pace.
I figured I'd open it up at 16km (5km to go - anyone can do that!), and just tried to keep it steady from the 10km mark to the 16.
By this stage my breathing was a bit heavier, but still didn't feel like i was really exerting myself. I had another half a gel at 80 minutes.

Finally, I hit the 16km mark at probably 95 minutes. So 5kms to go in about 25 minutes to come in at 2 hours. I started to stride out a bit, taking my normal running stride. My quads were really tight, but they didn't hurt.
I saw J and some other GC supporters at the 18km mark - they all cheered me on, which gave me a real boost, and I ran hard to the 19km. Well, it seemed like I was running fast!
I passed quite a few people in the last 2kms, and really ran hard down the main street at Kerikeri. Gave a final little sprint to get to the finish line in 2:00:50 (gun time); 1:59:35 (chip time).

Had a rest and a Mizone and chatted to some other GCers at the finish line. Basically hobbled around like an old man for the rest of the day ... walking extremely slowly.

Overall: I'm glad i did it. I can now say I ran a half marathon with no training in 2 hours. Would I do it again? Only if i trained properly. But that's going to require 12 weeks of proper effort - I don't know if I'll find the motivation to do that. Maybe I'll get hooked on running again ... who knows!?!?
Posted by mattinauckland at 9:00 PM 1 comment:

And I feel like blogging, which is a bit strange.
This morning I went for a swim for the first time in probably 6 weeks. I decided to stay out of the pool since I put a small hole in my shin during a mountain biking ride. It was taking ages to heal up so I figured keeping it dry was the best bet.
So finally the scab fell off, and my leg was practically back to normal.
I mucked around something chronic, and got to the pool by about 8:30am.
After that much time off, I figured that I should take it easy and swim 500m easy. But after the first couple of lengths, I was feeling pretty good, so I ended up swimming 750m. It was pretty slow going, and i definitely felt tired towards the end - just no arm strength. But at least it wasn't a complete struggle.
Posted by mattinauckland at 10:49 PM No comments:
Older Posts Home
Subscribe to: Posts (Atom)